Do you want to sell products to Asia?
Book a free consultation call now

Looking to sell cross border into Mainland China from Hong Kong or overseas? In this article, we list some of China’s leading ecommerce platforms – and explain which ones you should focus on if your business is located in Europe, Australia or the United States.

Taobao.com was launched by Alibaba Group in the early 00s, and is the original Chinese ecommerce platform. Taobao.com is still the number 1 ecommerce marketplace in Mainland China, and the given choice for low to medium priced goods.

Taobao.com is mainly about products made in China, for the domestic market. You will need to setup a Mainland Chinese company before you can start selling on Taobao.com.

In other words, it’s not for cross border sellers.

Tmall, which started out as ‘Taobao Mall’ was launched by Alibaba.com as the more ‘premium’ focused cousin of Taobao.com.

That’s also what Tmall.com eventually became. Today, Tmall.com is almost as big as Taobao.com – which make up more than 50% of the Chinese B2C ecommerce market.

Many international brands set up stores on Tmall.com. However, the goods sold on Tmall.com must be delivered from within China, which excludes cross border sellers.

Tmall Global may not be an entirely independent ecommerce platform. However, it’s the first one in this list that’s truly interesting to ecommerce companies in other countries.

Tmall.hk is specifically for products delivered from ‘overseas’, which also includes Hong Kong S.A.R. In other words, you can start selling online via Tmall Global, using a company and bank account setup in Australia, Europe, the US or elsewhere.

This is still ‘work in progress’, but truly revolutionary, as Tmall.hk brings down the costs significantly for small businesses looking to test the Chinese market.

Before, you had to register a company, set up an office and hire local employees before you even sold your first product.

That said, Tmall.hk is aware of its unique ‘gatekeeper’ position to the Chinese market, and require that sellers meet the following requirements:

Still, Tmall.hk makes it relatively affordable to test your products on the Chinese market. Until Tmall Global, you could easily have added another zero to these figures.

It’s therefore no surprise that most companies that comes to us at Export2Asia.com want to get their products listed on Tmall Global, before any other platform.

In addition, Tmall Global is also where Chinese buyers go to look specifically for ‘cross border products’ – be it watches, leather belts or baby powder. 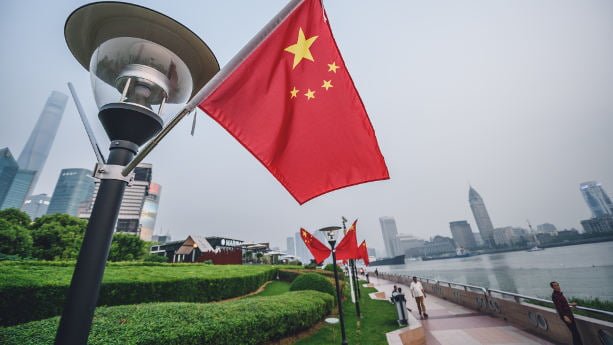 JD.com is Alibaba’s archenemy, and the number 2 ecommerce platform in China. JD.com launched as a more traditional online store, rather than an open B2C platform.

They are, however, open to third party sellers from both within China, and cross border sellers via their JD Worldwide program.

While JD.com accounts for less than 20% of the Chinese ecommerce market, their cross border seller fees are way lower than those of Tmall.hk.

JD.com also requires that you have a registered trademark. Remember that cross border ecommerce is still considered as more ‘high end’.

WeChat is not even a proper ecommerce platform, but it’s about to become one. WeChat is owned by Tencent, and is China’s number one everyday app. Most of us use it to chat with friends, but you can also book taxis, make payments and a whole lot of other things.

While there is no built in ecommerce platform inside WeChat (at least not yet), there are several developers of WeChat store platforms – including Walkthechat.com and Weidian.

Walkthechat.com, which is based in Shanghai, helps foreign companies start selling online via WeChat – something that we strongly believe in for the future.

It may, however, only be a matter of time before Wechat becomes a marketplace on par with Tmall or JD. The only thing that speaks against this is the fact that Tencent is also a major investor in JD.com.

Kaola.com is, unlike the other platforms listed in this article, the only ecommerce platform that is specifically focused on cross border ecommerce. It kind of operates like Amazon… but in China, and for products manufactured in Europe, Australia and the Americas.

The fees are generally lower than Tmall Global, but about the same as JD Worldwide:

Kaola.com is a branch of NetEase, which is one the oldest internet companies in the country. In other words, Kaola.com is not looking to run out of money anytime soon.

Personally, I find Kaola.com to be one of the most interesting platforms for our customers here at Export2Asia.com. I think they will become a very serious competitor to Tmall Global and JD. Perhaps, they might even take the lead on Chinese cross border ecommerce.

VIP.com is the largest online discount store in China, which sets it apart from other platforms.

That said, VIP.com is much smaller compared to JD.com and Tmall.hk, and perhaps not even relevant to companies in the US, Europe and Australia – looking to sell cross border.

Unlike the other platforms listed in this article, 1688.com is B2B. In fact, it’s the Chinese language version of Alibaba.com. And yes, it’s also owned by Alibaba Group.

Unless you plan to wholesale imported pipe fittings or PU leather rolls,1688.com is not for you.