Selling online in China is the preferred choice for many foreigners who wish to penetrate the Chinese market. It’s not strange as the market has literally exploded in the past years and will continue to grow in the future.

If you plan to sell on Tmall (or Tmall Global), the easiest option is to find a Tmall Partner (TP) who can help you through the process. Not only are they experienced and have a presence in China, but they can also save you much time and money.

There’s a catch though. It’s not easy to find summarized information about Tmall Partners, their founders, their management, what clients they serve, and what marketplaces they’re active on. Therefore, I’ve written this article where I list some of the biggest and most popular Tmall Partners in China and Hong Kong.

Azoya Group was founded by Alex Huang and Don Zhao in 2013, it’s one of the biggest Tmall Partners in China and has offices in 12 different locations worldwide.

Prior to co-founding the Azoya Group, Alex acted as General Manager of a big IT company in China with responsibility for more than 2000 employees. Don Zhao on the other hand has a long experience of working internationally, mainly in the telecom industry. Both of them are well-known in the China e-commerce industry.

The company currently employs more than 220 professionals and has won different awards, including ‘Multichannel Supplier of the Year’ by Sigma Healthcare. It’s been featured in various newspapers and magazines like South China Morning Post (SCMP), Jing Daily, Yahoo Finance, and more. 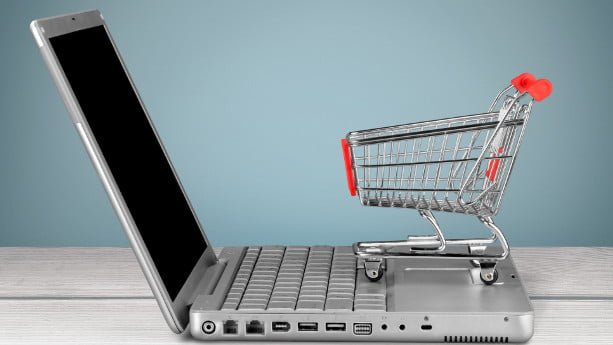 Azoya can help you to sell on various Chinese platforms including names like Tmall, JD (Jingdong), VIP, Kaola, and Xiaohongshu.

Azoya primarily helps large and medium-sized companies that operate in the pharmaceutical and healthcare industry. You can also find clients selling food or clothes, for example.

Examples of brands that Azoya works with include:

Web2Asia is a big and reputable Tmall Partner in China. George Godula and Lac Tran co-founded the company in 2006. They have an impressive track record and the company has been quoted in many newspapers like the Washington Post, New York Times, and Techcrunch. George is also an angel investor and involved in charity work.

The company employs more than 200 people and has won a number of awards over the years, for example:

Include the major online platforms like Tmall Global, Tmall, JD worldwide, JD, and Kaola. For more information, I recommend contacting them directly.

Export Now is a well-established e-commerce agency that was founded in 2010 by Frank Lavin, former US Undersecretary of Commerce and Ambassador to Singapore.

Export Now offers an easy, turnkey solution to US brands wanting to take advantage of the China market to accelerate their growth. The company currently has 70+ employees and has the highest rating from Tmall for its TP services.

You can get help to sell your products on Tmall Global, Tmall, JD, JD Worldwide, and other eCommerce platforms.

The US and Shanghai

Gentlemen Marketing Agency was co-founded by Olivier Verot and Philip Qian in 2012, they are originally from France and China. Both of them have a long experience of working on the ground in China and managed to build up one of the most well-known e-commerce websites in the country.

Include Tmall Global, Tmall, JD Worldwide, JD, and other platforms.

The company mainly helps large and medium sized clients to start selling in China. Some of them include:

Baozun is the biggest e-commerce business partner in the industry and currently accounts for 25% of the market. The company was co-founded in 2006 by Vincent Wenbin Qiu and Junhua Wu, the management consists of both foreigners and Chinese nationals.

Baozun was listed on the NASDAQ stock exchange in 2015, which kind of speaks for itself.

Include all major marketplaces like JD, Tmall, Redbook, and Amazon.

2Open is a well-known and established e-commerce agency, the company was founded in 2011 by Luis S. Galan Lozano, originally from Spain. Luis has a long experience in e-commerce and previously worked for eBay and acted as the Head of Digital & Commerce Business Development at El Pais.

The company currently has 30-50 employees and was recognized by RTVE, Spanish National Radio, and TV, in the category of “internationalization”.

The company serves many Spanish clients, but not excluding other countries. Some examples are:

Voyage One is an established and well-known Tmall Partner in China, the company was founded by Dennis Zhang in 2002. Being one of the pioneers in the industry, the company has expanded much over the years and currently employs over 200 professionals, serving large multinational clients in the US and other countries.

Dennis has a long history of entrepreneurship and previously founded Devicom in 2002 which managed to reach USD 30 million in revenue.

The company lets clients sell their products through their own online department store, Liking. Your products can reach major marketplaces like Tmall Global, depending on your product type.

The company mainly helps medium sized and larger clients to sell products in China, some examples are:

Cleargo is one of the biggest Tmall Partners in Hong Kong and was founded by Charles Chan in 2009. The company has grown much since its inception and currently has a dozen employees spread out in three different countries: Mainland China, Hong Kong, Australia, and Singapore.

Some awards won by the company include:

TLG was originally founded in Barcelona in 1999 and became a global company when opening offices in Hong Kong, Beijing, and Shanghai in 2008. The company was founded by Marius Rossell and currently has around 80 employees. He previously worked at Capgemini where he held different management positions, before starting TLG Commerce.

The company won the TICanola prize during the UAE Awards 2015.

You can get help to sell your products on Tmall Global, Tmall, JD, JD Worldwide, and other eCommerce platforms.

TLG mainly helps medium sized and larger clients to start selling in China, some include:

Below I have included some commonly asked questions among exporters and my replies. If there’s anything else you wonder about, feel free to write a comment below.

How much does it cost to hire a Tmall Partner?

First of all, let’s have a look at the options you normally have when choosing a Tmall Partner:

1) Open your own dedicated Tmall store with the help of a partner.

2) Sell your products via the partner’s own flagship store on Tmall.

The second option is the preferred choice if you’re an SME, in fact, many companies won’t even qualify to the list of companies who get access to Tmall. This option is less expensive and preferable if you want to try out the Chinese market.

So how much do you need to pay if you sell via a partner’s own flagship store? To understand this, we need to break down the different costs involved to get a better understanding:

(Other costs might be added depending on what Tmall Partner you choose).

This is a fee paid upfront to the Tmall Partner in order to get started.

Once you have paid the entry fee, you also need to pay for services to maintain your Tmall store. It’s not uncommon that more established partners charge as much as USD 10,000 – 20,000 per month to keep the machinery up and running.

As mentioned, you can also find partners that are more suitable to SME’s, offering a higher revenue share (%), but charging you significantly lower running costs.

If you decide to set up your own Tmall store on your own, you will need to pay commissions and yearly fees to Tmall, there’s no way to get around this.

Tmall Partners offer different revenue shares, usually stretching between 5-20%. For partners who charge lower entry fees and running costs, the revenue shares are normally higher and can be as high as 30-40%.

How can I find a Tmall Partner?

Some people have a misconception that they can simply go out and find the first best Tmall Partner. But it’s not that easy. Even if the most established brands handle most product categories, you’ll most likely work with a smaller partner in case you’re an SME.

The size of the Tmall Partner

If you’re a smaller company and visit a Tmall Partner who has hundreds of employees, catering brands like Adidas and Levi’s, you’ll probably need to find a smaller partner that charges lower fees as well.

It’s not uncommon that smaller companies get the cold hand or simply ignored by the biggest companies.

Even if most Tmall Partners have access to other platforms like JD, Kaola, and VIP, you need to confirm this upfront. While Tmall focuses mainly on clothes and cosmetics, for example, JD (Jindong) focuses mainly on electronics and home appliances.

Do you plan to sell food? Then Kaola is probably the website to go to.

Location of the Tmall Partner

It can be preferable to work with a partner who’s located in the same country, or at least with proximity to where you live. There a number of reasons for this:

What are the benefits of working with a Tmall Partner?

For many medium and large-sized brands, it’s often required to work with a Tmall Partner as they know how to market your brand, do sufficient market analysis, and create a store on Tmall or other websites.

Tmall has a so-called invitation-only policy which means that brands generally need some kind of leverage from Tmall Partners to sell in their brands.

In short, walking the road on your own is not easy unless Tmall truly likes your brand and reaches out to you first.

For brands with sufficient financing, working with Tmall Partners can be a fast track to reach the Chinese market and to be able to offer superior customer service.

For small-sized brands that are just starting out, it’s generally required to focus on local marketing efforts first to create brand awareness.

What are the disadvantages?

Working with Tmall Partners is oftentimes the only choice for a brand to enter the Chinese market. Keep in mind that the companies generally offer a wide range of services, including translations, store setups, store management, customer support, customs registration, CIQ registration, AQSIQ registration, market analysis, and the list goes on.

The main drawback of working with Tmall Partners is the high costs required. For larger brands, this might not be an issue but small and medium-sized brands sometimes find this unbearable.

If you’re new to Asian markets, a better option can be to start selling in Southeast Asian countries such as Singapore, Thailand, Malaysia, and the Philippines.

The equivalent of Tmall here is called Lazada. Selling on Lazada is significantly cheaper and it won’t set you back a few hundred US dollars to get started with a Lazada agency.

Besides, they can run the store and manage customer support on your behalf for a fraction of the cost compared to Tmall Partners.

Southeast Asia will undoubtedly become more popular in the coming years and where Indonesia will lead the way.