The Chinese middle class is booming and the imports of foreign products have increased significantly in the past years.

I’ve previously written many export guides that cover some of the most popular food products imported to China. Some examples are guides for wine, meat, and health supplements.

Many believe that the olive oil market is small in China, in a way it is, but will continue to grow much in the coming years. Just to share some interesting data, from 2015 to 2016, Spain exported an impressive number of 32,100 metric tons of olive oil to China.

With that said, before you start exporting or establishing contact with Chinese importers, it’s important that you understand the fundamentals. In this article, I explain all the basics for exporters of olive oil.

Topics covered in this article:

The Chinese market has started to appreciate foreign olive oil for various reasons during the past years. Even if the global consumption of olive oil has decreased, it actually increases in China. With double digits annually.

Olive oil is here to stay and many predict that we’re set for a boom in the coming years, as the younger generation takes over and the Chinese look for healthier options for domestic oil products.

This is not only a trend in China but also in other Asian countries such as Vietnam and Thailand, where the demand for olive oil increases. Visit a local supermarket like Big C and you’ll see olive oil bottles lined up from various countries.

Not only do the Chinese buy imported olive oil due to previous food scandals, but they also see it as a good replacement for local oils, for example, soya bean oil, but that also doesn’t bring as many health benefits.

With increasingly more Chinese people that appreciate foreign food, especially salads, imports of olive oil will most likely increase over the years.

Countries like Turkey, Spain, Italy, and Greece also have favorable climates for producing olives, something that can’t really be found in China.

Even if Gansu and Sichuan are some of the main producers, these provinces can’t keep up with the production volumes available in Southern Europe, for example.

From which countries do the Chinese buy olive oil? 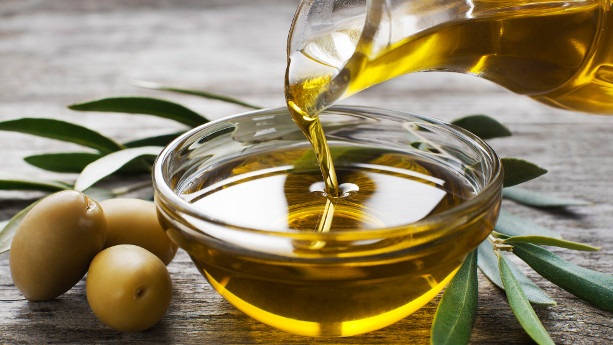 The by far most imports are coming from Spain, which covers more than 80% of the market.

Italy is on the rise too, claiming 10-15% of the market. While Spain has seen decreased exports of olive oils, some countries actually see increases, for example, Italy, Turkey, and Greece.

80% of the olive oil is consumed in first-tier cities like Shanghai and Beijing, probably this doesn’t come as a surprise as these cities are more developed, with people who have more money and a stronger desire to try out Western products.

Many Chinese starts to appreciate foreign food, but in a majority of the cases, the Chinese buy olive oil as gifts.

It’s a common practice to give more luxurious and expensive presents to friends and relatives. The branding and packaging are therefore highly important and will determine your sales success.

The health benefits of olive oils compared to other oils are also driving the demand as the Chinese become more health-conscious.

Which olive oils are most popular?

Research shows that extra-virgin oil is the most popular, which is generally more expensive compared to refined olive oil.

Hence, selling a more high-end and expensive oil brand can be successful and doesn’t necessarily need to be a bad thing.

Selling more pricey products can be beneficial if you go for a cross border strategy online, as logistics cost tend to be rather high (more about cross border sales later). 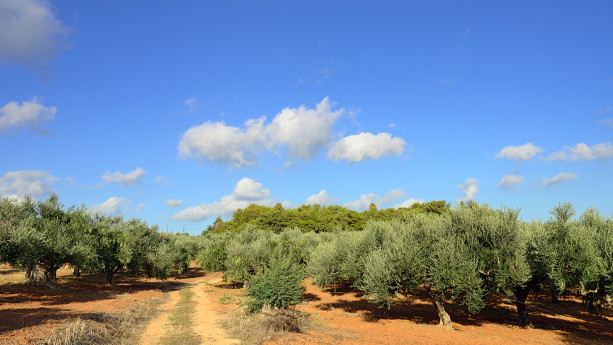 Olive oil is comparably expensive to other oils in China, something we see in many other countries as well.

While you can find Chinese brands selling olive oil from countries like Spain or Italy, many customers get ‘tricked’ as that these oils often just contain some percentages of oil, the remaining part contains of other, cheaper oil products.

Imported olive oil from Spain usually costs everything between RMB 70 up to RMB 200 per liter, something that the Chinese is willing to spend. You can also find more high-end oil, with a higher price tag.

To get a realistic price overview, I checked some of the currently listed products on Tmall.com and found the following:

Olive oil is edible and consumed by humans. If you sell the traditional way in-country, you’ll need to comply with a number of Chinese standards, register with local authorities, and receive the necessary certificates.

Below I’ve included some of the main steps you need to manage, before selling olive oil into China:

1. Check that you’re allowed to export olive oil from your country of manufacturing

As an initial step, you should confirm that your country of manufacturing has a signed protocol with the Chinese government, allowing you to export your olive oil into China.

Americans were long prevented from importing beef from the US into China, due to a problem with mad cow disease that evolved in Washington years back.

2. Register your company with AQSIQ and SAIC

AQSIQ (General Administration of Quality Supervision, Inspection, and Quarantine) is responsible for company registrations and the imports and exports of products out of China.

When registering with this authority, you’ll be requested to provide a number of documents, like test reports, HS codes, information about your company, and more.

The registration can be made directly on AQSIQ’s website.

You also need to register with SAIC, which will prove that your Chinese importer holds the relevant import licenses and is allowed to import the oil.

3. Register with the customs

The importer should register at the customs, in China referred to as GAC (the General Administration of Customs).

This is a common practice in Western countries as well.

You should prepare test samples, to be sent to a designated test laboratory, preferably inside China. Some companies that offer lab testing services include Asiainspection and CIRS.

The testing company can quote you prices and inform you how the products should be sent, what GB-standards you need to comply with, and more.

Can I sell olive oil online in China?

If you plan to sell online in China, you have two main options:

Even if the second option only gives you exposure to around 100 million consumers, it can be recommended for companies that are less experienced in the Chinese market.

Is it sustainable to sell olive oil via cross border e-commerce?

Sure, cross border e-commerce can be a very successful business model, there are many companies that have succeeded immensely this way.

But the Chinese government has started to clamp down on cross-border sales, due to issues with everything from salmonella contaminated and expired products.

China has also introduced a so-called Positive list, which includes 1142 product categories that can be imported cross border. The positive list has been postponed three times, currently until the end of 2018, it’s still unclear what will happen after that.

Tariffs and HS Codes For Olive Oils in China

Fortunately, olive oil is included in the positive list, falling under the following tariff codes and descriptions:

Just keep in mind that regulations can change fast, and the cross-border industry is not much regulated. Keep yourself updated in terms of labeling requirements, authority registrations, lab testing requirements, and more.

Over the years, plenty of foreign olive oil brands have entered the Chinese market and seen great success. Many of them are traditional brands from Spain, Italy, Greece, and Turkey.

Worth mentioning is also that at the same time as some companies sell olive oils in large containers for self-use, other brands sell smaller and more expensive olive oils to be used as gifts.

When checking Tmall’s website, we can identify the following brands as some of the most popular in China:

Local brands can also be found such as Olivoila. Some of the above-mentioned brands sell large-sized containers in the tens of thousands every month online, which is truly impressive.

Sometimes, it can be difficult to verify whether a product is foreign or local. Look at the brand Olivoila, for example, and it looks like a premium foreign product, both from its packaging and name.

Olive oil is becoming increasingly popular in China, where Spain is the biggest exporter, contributing to more than 80% of the market. Still, countries like Italy, Greece, and Turkey see increased sales of olive oil in China.

Selling via cross border e-commerce is easier and less costly compared to traditional imports, as you won’t need to register with local authorities, provide test reports, comply with GB standards, and more (at least as nor now).

The Chinese consumers mainly prefer extra-virgin oil, pricing your products at a higher level might not necessarily be a bad thing. Especially as cross-border sales tend to have high logistics costs.

Luckily, olive oil is listed in the Positive list, which allows imports of 1142 different product categories into China. Still, it’s not clear when, and if, this list will be introduced.

In recent years, many local producers have also started to pop up with packages and brand names that are similar to foreign products. Thus, some foreign brands have implemented smart solutions such as QR codes and where buyers can track the origin back to Europe, for example.

Worth mentioning is that olive oil is heavy as it’s sold in glass bottles and the content is dense. Thus, if you plan to ship the products cross-border with air freight, selling a more premium product with a higher sales price should be of interest.

For low-priced olive oils, importing the products and manage shipments with sea freight will most likely be the most optimal solution.

18 Responses to “How to Export Olive Oil into China: A Complete Guide”