China has its own walled off ecosystem of payment gateways, which has made it harder for foreign companies to start selling B2C to consumers in Mainland China.

But things are changing, and these days, you can accept payments from WeChat Pay, AliPay or UnionPay without setting up a business in China.

In other words, you can integrate Chinese payment gateways on your existing online store, or on a .hk domain, and start selling right away.

But first, let’s take a look into the main payment gateways in China, including two international options.

WeChat is China’s… well, everything. Including wallet.

WeChat is China’s largest payment processor for offline transactions, but also used all the time for online purchases.

The users can connect their UnionPay debit or credit cards to their WeChat wallet, that then enables the user to pay in stores, transfer money to other mobile devices or online.

WeChat heavily relies on QR codes, even for payments and transfers.

Using a UnionPay card to pay online can be a hassle, and often requires the user to install bank plugins. These plugins often have compatibility issues, with modern browsers.

Well, at least that’s the way it used to be.

It works fine when paying offline. However, for online payments, it’s not surprising that AliPay and WeChat pay dominate.

AliPay, or ‘Shi Fu Bao’, is a payment platform developed by Alibaba Group in Hangzhou.

AliPay has been around for longer than WeChat Pay, and is still the most popular payment platform for online payments.

Just like when setting up the WeChat wallet, AliPay only requires the user to link their UnionPay or domestic bank account before they can start making purchases.

Ease of use is one big reason why AliPay catched on so rapidly. 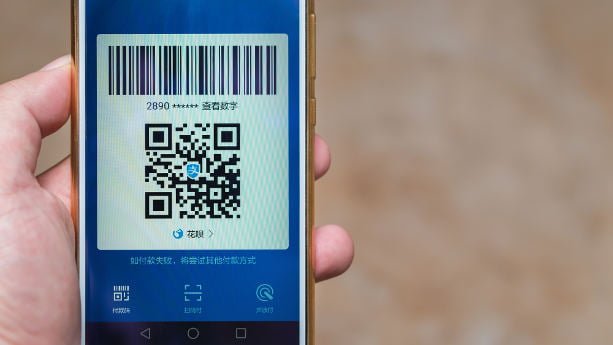 PayPal exists in China, in the sense that individuals and businesses can set up PayPal accounts and link their cards and bank accounts.

It is, however, rarely used in B2C transactions.

In other words, don’t expect very high conversion rates from Mainland China if your only payment method available is PayPal.

MasterCard and Visa also exist in Mainland China, but UnionPay is still what the vast majority of people are using.

Stripe is the company that made it easy for ecommerce websites to accept credit cards. Now, they are also making it relatively easy to start accepting WeChat Pay and AliPay.

This is a big deal.

Previously, you had a to setup a company in Mainland China. Not a shell company, but the real deal, with local employees and office – to be able to start accepting payments via WeChat and AliPay.

On top of that, the money stayed in your bank account in Mainland China. Needless to say, getting money out of China is not an easy task.

In other words, Stripe enabling non-Mainland China companies to accept AliPay and WeChat pay is a deal breaker for cross border sellers.

As both AliPay and WeChat Wallet supports UnionPay, you get instant access to the entire country.

Hence, you can integrate WeChat Pay and AliPay with your existing Shopify, WooCommerce or Magento store.

This is something I believe will become much bigger in the near future, as it can be expensive to start selling on Tmall or JD.

Do I need a Hong Kong company to use Wechat Pay and Union Pay through Stripe?

No, Stripe enables WeChat Pay and AliPay to businesses in all countries were Stripe operates.

Many companies still prefer to use Hong Kong registered entities for their China cross border ecommerce.

Stripe is available in Hong Kong as of 2017. In order to set up a Stripe account in Hong Kong, you will need a Hong Kong bank account, which is quite complicated.

But companies like Neat are making that a lot easier.

How can foreign businesses get an AliPay or WeChat Pay account?

Wechat Pay, on the other hand, requires integration with a partner, such as Stripe. At the time of writing, WeChat pay is only in a private beta at Stripe. However, you can apply to join the private beta as soon as you have signed up for a Stripe account.

Also notice that you don’t need to sign up for  WeChat Pay or AliPay account. All you need is one Stripe account and they’ll take care of the rest.

This might seem like a small thing, but selling into China was much harder before Stripe launched this partnership.

Do I need a .cn domain to accept AliPay and Wechat Pay?

No, at least not in theory.

Stripe enables businesses in more than 25 countries to accept AliPay and WeChat Pay.

In other words, you can integrate it with your existing online store, or create a .hk website for the China market.

Just keep in mind that things move fast in China. Support can either be expanded, or rolled back.

Can I accept payment in RMB?

Yes, but only if you setup a company in Mainland China.

Cross border sellers using AliPay and WeChat Pay through Stripe can only accept payments in the local currency.

Mainland Chinese are more familiar with HKD, than other currencies, so I think that’s one more reason for setting up a Hong Kong company for your cross border ecommerce operations.

Further, they are also more familiar with .hk domains, which is the domain used by Tmall Global.