Singapore’s eCommerce market is one of the fastest-growing and most promising in Asia at the moment.

It’s leading position in technological development and digitization has made eCommerce the primary choice for consumers. Besides, the strong purchasing power among locals drives demand further.

In this article, we take a look at Singapore’s eCommerce market and how it has behaved in previous years. This will give exporters a good overview of what the market has to offer.

The Digitization and Mobile Usage in Singapore

The increase in smartphone usage in Singapore exploded in the past years and has inevitably been a strong contributor to the rise of the eCommerce market.

With the highest rate of smartphone penetration in the world, the mobile shopping phenomenon has hit great force.

Not only does mobile shopping offer consumers an easy purchasing process, but a much wider selection of products, competitive prices, and discounts than is available in stores and malls.

As a result, the Asia-Pacific region has now become the most active region in the world when it comes to retail e-commerce, with almost 90% of all internet users have made at least one online purchase.

The mobile commerce market (referred to as mCommerce instead of eCommerce) has grown at a phenomenal rate and as many as 79% of smartphone owners make purchases with their phones. 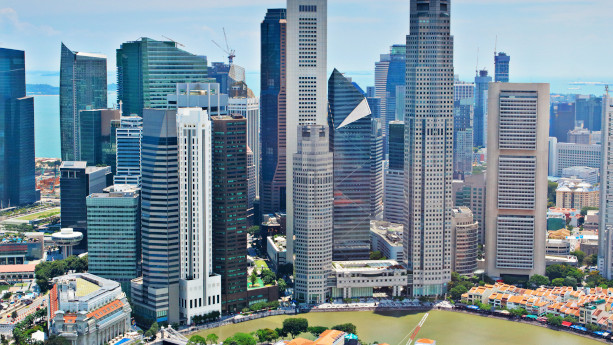 Some exporters faulty believe that they have to target countries and regions with large populations to profit from eCommerce sales.

This is not the case as both Hong Kong, Singapore, and Taiwan are all some of the best performers looking at eCommerce markets in the Asia Pacific.

In the past five years, consumer spending has increased at a rapid pace, below you can find some figures for your reference:

The preferable payment methods were as follows in 2019, according to J.P. Morgan:

Other Incentives that Drives the eCommerce Market

Singapore is referred to as a Smart Nation, a title it has achieved deservedly.

It’s a melting pot for tech-startups and has some of the most advanced technological infrastructures in the world. Public WiFi and some of the fastest internet speeds in the region is not an exception.

Significantly more people spent time at home during the COVID-19 pandemic and we saw eCommerce sales booming. It’s most likely to hit USD 9.5 billion at the end of the year.

The Growth of eCommerce During the COVID-19 Pandemic

Singapore is the home of many eCommerce marketplaces that have seen significant growth in the previous years. The most popular ones include names like Lazada, Shopee, Carousell, Qoo10, and Zalora.

While grocery spending increased by as much as 47% in 2018 alone pre-COVID, companies have earned great profits by targeting the online audience as we saw bricks & mortar stores close.

The most popular shopping categories – travel, electronics, beauty products, local entertainment, and eating out – indicate that Singaporeans are choosing not to give up on the luxuries that they enjoy.

Instead, they opt to keep ‘cool, calm and constructive’ in the face of recession,11 continuing to indulge in the kind of consumer behavior that is familiar to them, whilst using coupon sites merely as a way to shop smarter – a method which proves to be a successful step towards economic recovery.

What does this mean for the future?

Singapore is known for its love of shopping malls, which are so thoroughly ingrained in the country’s landscape that it is said to feel like ‘one big shopping center.

It is therefore interesting to consider what effect this dramatic increase in online shopping might eventually have on the mall industry there: Do these changes mark the end of Singapore’s mall obsession, or will brick and mortar businesses work out a method of capitalizing on this new mobile shopping mania?

Most likely, as research shows, we will see a rapid increase for omnichannels and the integration of physical and online stores. O2O sales will become increasingly big as well most likely and where consumers try products offline and later buy these online.

There are interesting times ahead and Singapore will without a doubt be leading the eCommerce transformation that we currently see in Asian markets and globally.