Cross-border E-Commerce is set to grow immensely in Asia in the coming decade.

At the same time as China has become the world’s biggest E-Commerce market, neighboring countries like Indonesia, Vietnam, and the Philippines grow at impressive rates.

With increased disposable incomes, mobile usage, and internet penetration, Asia will continue to be the most interesting eCommerce market in the world.

With that said, navigating new eCommerce markets can be a daunting task due to the many eCommerce websites available. In this article, I’ve listed the most popular and interesting eCommerce marketplaces in Asia.

China’s E-Commerce market is not only the biggest but one of the most developed in the World.

With a population of 1.4 billion and a surging middle class, it’s become three times bigger than the US E-Commerce market.

Here, Tmall Global (天猫国际) is undoubtedly one of the most popular cross-border E-Commerce websites.

Tmall Global was created by Alibaba.com in 2014 and currently has around 350 million registered users. Now, that’s equally as big as the entire US population.

It’s just slightly behind Kaola.com, which has a cross-border market share of 26%, while Tmall Global has around 20%.

As China is set to become an import-nation, Tmall Global is a perfect solution to increase the supply of foreign products.

Being a cross-border marketplace, you need to ship your products directly from overseas, or from a bonded warehouse within Mainland China.

That’s not the case with Tmall.com, which is the local version of the marketplace. Here, you need to import the products in-country first.

Thus, by using Tmall Global, Chinese buyers will reduce the risks of coming across counterfeit products, which are still widely sold on local E-Commerce marketplaces.

At the same time, overseas companies can easily overcome regulatory hurdles, by shipping directly from overseas.

That said, Tmall Global has become one of the most crowded and expensive marketplaces.

Not to forget, with its new invitation-only policy, most foreign companies need to work with local Tmall Partners to sell in their brands.

Launched in 2015, JD Worldwide brings many similarities to Tmall Global.

It’s a pure cross-border marketplace that originated from JD.com, launched in 1998.

Tencent, one of the biggest Chinese companies and competitors to Alibaba, controls around 20% of the company.

Having a cross-border market share of around 13%, it’s only behind Kaola and Tmall Global.

What sets Tmall Global and JD Worldwide apart is the low entry requirements.

Not to forget, the setup and running fees are lower as well.

Thus, many “Tmall Partners” prefer to (or only) help foreign companies to sell on websites like JD Worldwide, Xiaohongshu, and Pinduoduo.

Worth mentioning is that the website has a comparably high rate of male customers and is big on electronic products and home appliances.

That said, you have no issues finding other products in other categories, such as clothing, food, accessories, and more.

When I talk with foreign companies, they often have questions or concerns about shipping and fulfillment.

Here, JD excels in the sense that it has some of the best fulfillment capabilities.

With 7 large fulfillment centers and 200 highly automated warehouses around China, JD Worldwide has no issues delivering products the same- or the next day.

By collaborating with a number of international shipping companies, foreign sellers can easily distribute products to Chinese customers. 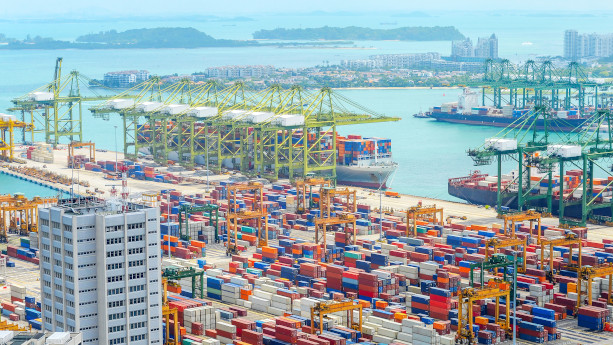 Kaola was launched in 2015 and in the same year as JD Worldwide.

Started by one of the biggest IT companies in China, Netease, Kaola has the biggest cross-border market share of around 25%.

Still, the amount of registered users is surprisingly low, at around 30 million.

Interestingly, few foreigners know what Kaola is, as Tmall Global gets the most attention.

But, you’ll find all kinds of products on the website, including clothing, electronics, cosmetics, and more.

Selling on Kaola is comparably cheap and you usually need to pay three different fees:

Yet, Kaola also allows foreign brands to open and run stores on their own, which will save you plenty of costs. They’re also big on direct procurement.

For more information about the specific fees, I recommend you to read my guide that explains how you can start selling on Kaola.

The same as it goes with JD Worldwide, Kaola has great fulfillment capabilities and work with plenty of third-party logistics companies.

If you want to manage fulfillment and last-mile deliveries on your own, Kaola also allows you to do so when selling cross-border.

Launched in Singapore in 2012, Lazada is the biggest E-Commerce website in Southeast Asia.

Alibaba became a majority shareholder of the company in 2016, a strategic move to grasp market shares outside of the Chinese market.

Truth be told, even if the Chinese E-Commerce market is set to grow a lot in the coming decade, the Southeast Asia market is way more untapped.

By selling cross-border on Lazada, you’ll not only get access to a single market.

Instead, you can sell various products in the following countries:

So, to make the decision whether you should sell in China or in Southeast Asia is not easy.

In fact, there are clear benefits and drawbacks of selling on Lazada, compared to Chinese marketplaces.

Pros of selling on Lazada

Cons of selling on Lazada

Lazada entices cross-border sellers to use its own fulfillment solution, Fulfillment By Lazada (FBL).

Here, all its fulfillment operations are centralized to a fulfillment center in Hong Kong, managed by Timeslogistics.

It’s mandatory to use Lazada Global Shipping (LGS) if you use FBL, which is not really a drawback.

By using LGS, Lazada will take care of everything from last-mile deliveries, returns, and failed deliveries.

The same as it goes with Lazada, Shopee only focuses on E-Commerce markets in Southeast Asia. Also, it’s headquartered in Singapore.

Interestingly, Tencent owns 40% of the shares in Shopee’s parent company, Sea Group. So, it’s kind of evident that Alibaba and Tencent now compete outside of China’s borders.

Recently, Shopee has been fighting head-to-head with Lazada and even surpassed it in some countries, in terms of monthly visits.

But, I rather see Shopee as a compliment to Lazada, as the fees to start selling on both sites are almost negligible.

First of all, Shopee doesn’t claim any commissions at all.

It’s completely free to sign up as a seller, there’s no need to pay deposits or running fees for that matter.

Now, you’re not the first one to wonder how Shopee makes money. They only earn money by paid advertising on the site.

You have two different options when fulfilling and shipping products:

On the contrary to Lazada, which almost forces its sellers to use FBL, Shopee only allows FBS to certain sellers.

As mentioned in my article about selling on Shopee, FBS is only available for top brands, distributors, and key sellers with high sales volumes and lack fulfillment capabilities.

Most of the time, you need to find fulfillment and shipping service providers on your own.

Tokopedia is the biggest eCommerce website in Indonesia, the biggest economy in Southeast Asia, and with a population of around 270 million people.

As Indonesia is set to become an economic powerhouse in the region and the fastest-growing market, it decided to include this major marketplace in this article.

The marketplace was launched in 2009 and quickly received funding and rose in popularity.

What makes Tokopedia interesting is that it has a great market share in Indonesia and solely focuses on the Indonesian market. If you plan to sell in Indonesia, Tokopedia should definitely be on your radar.

Unfortunately, foreign sellers are not yet able to sell cross-border on Tokopedia, even if this will most likely change in the coming years.

Indonesia is one of the biggest countries in Asia and improving the shipping and fulfillment capabilities has been the main priority.

Previously, sellers were responsible to find suitable 3PL companies to manage the fulfillment and last-mile deliveries of products to customers.

It’s only available in a handful of cities so far but will continue its expansion. Compared to websites like Lazada, it’s significantly cheap to use TokoCabang.

Both offline and online sellers will be able to use TokoCabang in the future.

Taobao was started by Alibaba Group as early as 2003 and is the eighth most-visited website, which is kind of astonishing.

It started out as a pure C2C website but has evolved into becoming the most visited eCommerce website in china with C2C sellers, as well as B2C sellers.

Even if many eCommerce agencies can help companies selling on Taobao, it’s typically not the first option for overseas sellers. More premium options like Tmall or JD are more popular.

If you want to sell on Taobao, you have to set up a Chinese company or work with a Chinese importer that can help you import the products. As cross-border sales is not an option, you’re also subject to more rigorous product registrations.

Popular products on Taobao include:

As mentioned, cross-border sales is not an option for Taobao. Many brands are located in China and enjoy low shipping costs thanks to domestic deliveries.

If you plan to sell on Taobao, you will most likely ship the products by sea freight in bulk to any of China’s free trade zones and store them in a bonded warehouse.

If you want to learn more, feel free to send us a message directly.

1 Responses to “Top 5 eCommerce Websites in Asia: A Complete Guide” 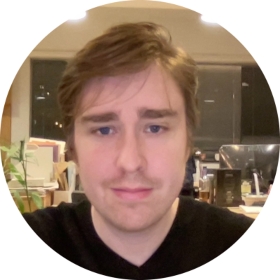