What’s interesting about WeChat stores is that they are not actually hosted on WeChat, but independent websites – accessed through WeChat’s built in internet browser.

This gives everyone, domestic and cross border sellers alike, a lot of interesting options to consider before opening a ‘WeChat store’.

It may also be a cheaper and easier option to test new products in Mainland China, compared to Tmall Global – which can be quite complicated to get into.

Until recently I, like many others, believed that Weidian was a Tencent operated platform within WeChat itself. It’s not.

Weidian is essentially a third party CMS, that works really well with the built in WeChat browser. Think of it like Shopify with a WeChat them and UX.

From a user experience, the transition from WeChat to a Weidian store is almost seamless. This is probably why so many believe that it’s part of the same platform.

Weidian is often used by individuals or small businesses, selling everything from imported cosmetics to handicrafts. It’s also free to start using, which is part of the reason why Weidian is almost synonymous with the idea of a WeChat store.

However, Weidian is as of today not available to foreign companies, including those in Hong Kong. You need a Mainland China business license and bank account to setup a Weidian. 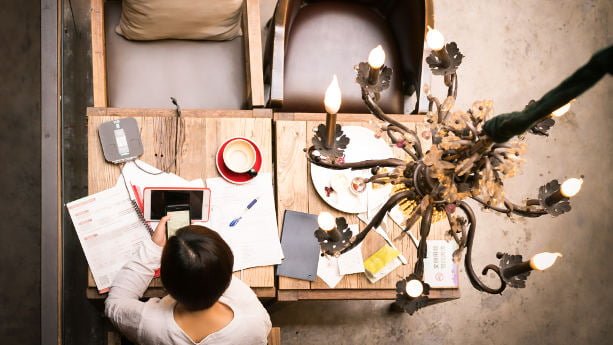 Youzan is the platform of choice for many larger ecommerce companies in China. Unlike Weixin, which provide a free version, Youzan is paid. Plans start from 4800 RMB.

However, Youzan also requires a Mainland China business license and bank account before a store can be setup.

This is when things really get interesting.

In 2017, Stripe finally opened up AliPay and WeChat pay to companies in more than 20 countries and territories, including the United States, Hong Kong S.A.R, the United Kingdom and many others.

What this means is that you can integrate AliPay and WeChat Pay (the latter is in closed beta testing now) with any Shopify, Magento or WooCommerce store – without opening a company in Mainland China.

WeChat on the other hand, makes it possible for non-Mainland China companies (including those in Hong Kong) to drive traffic to that ecommerce store.

That said, there are a few things to consider before doing so:

The design and interface must also be adapted to match both WeChat, and the kind of design that Mainland Chinese consumers are used to.

Minimalism is not really a thing here. At least not yet.

For the record, I can also say that setting up an independent store for cross border sales is still functional. Few companies are actually doing this.

But that can also be explained by the fact that this was not even possible until late 2017.

How to get traffic from WeChat to your online store

As explained in this interview with Raymond Lam, WeChat already allows foreign companies to register business accounts on the platform.

There are three major types of WeChat advertising models:

However, as Raymond Lam explains below, it can be fairly expensive:

The biggest issue many companies face with WeChat advertisements, however, is the initial deposit for activation which is RMB 50,000.

As mentioned, Stripe enables foreign companies to accept payments via AliPay. WeChat Pay is also undergoing testing, and should be available at some point in the near future.

In others, you can use your existing company, or register a new entity in Hong Kong, and start selling cross border into Mainland China.

AliPay also supports UnionPay, which gives you direct access to every (digital) wallet in the country. 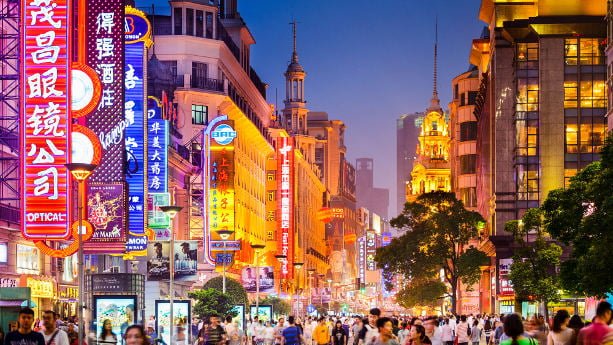 What is the difference between Tmall and WeChat Store?

Tmall is an ecommerce platform, while WeChat is a chat app. Think Amazon versus Whatsapp. They are not comparable.

WeChat ecommerce goes through the built in browser, but the transactions take place on third party platforms or websites.

This requires sellers to drive traffic on their own to their websites.

On Tmall, you can get traffic to your product listings on day one. This is also the case with other platforms, such as JD.com.

Most companies in the US, Europe and Australia that are looking to sell cross border into China tend to focus on getting their products on Tmall Global or JD Worldwide.

This makes sense, as there are limited options for foreign companies to market their products to customers in China.

Setting up an independent WeChat store is still rare, but given that AliPay and WeChat Pay are becoming available to international businesses, I think we will see more of this.

It’s quite costly to start selling on Tmall Global and JD Worldwide, and a third party Chinese language online store combined with WeChat marketing could be a cost effective way to try out the market.

WeChat has several payment partners around the world, and is currently in beta testing with Stripe.

WeChat Pay will hopefully be available for non-Mainland Chinese companies through Stripe in the near future.

Is it possible to drive traffic from WeChat to foreign websites?

However, the authorities have the power to block any foreign (including .hk) website.

The risk is that this can happen at any time, for any reason, and there’s nothing you can do to make them unblock the website.

Even if it’s not the case, traffic to websites in other countries tend to be much slower.

In other words, you can’t use an entity in the US, UK or Hong Kong to get an ICP License.

Where should I buy a domain and host the WeChat store?

Foreign companies can’t host websites in Mainland China. However, you can still set up a cross border online store in Hong Kong, using a .hk domain.

Given that even Tmall Global is using a .hk domain, it’s fair to say that Mainland Chinese customers are accustomed to Hong Kong domains.